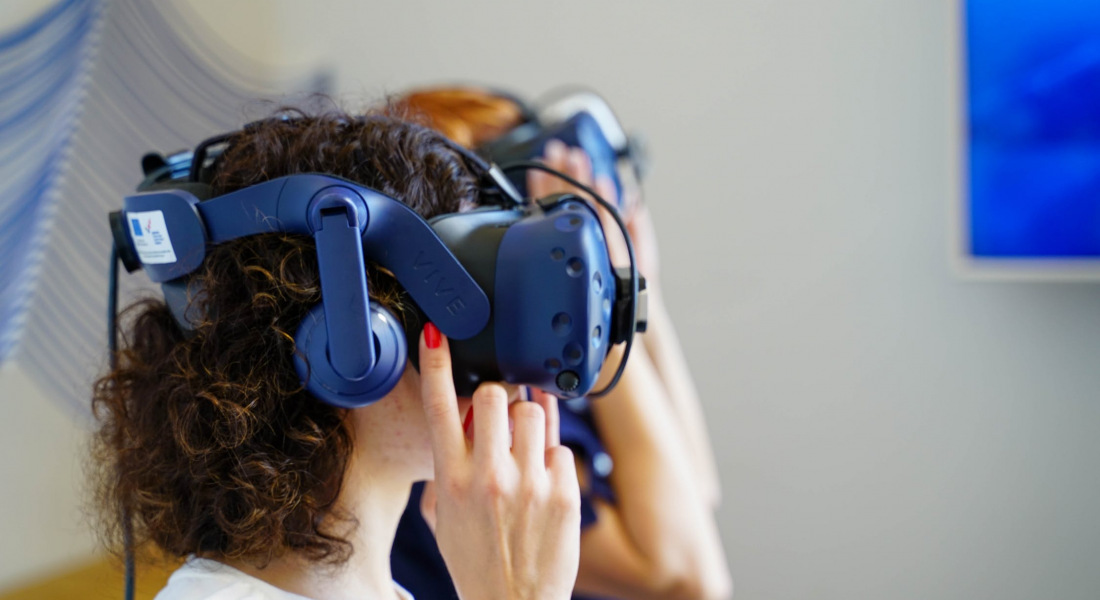 Deeptech is a fast-growing sector all across Europe, and Latvia is no exception. In fact, out of all startups and scaleups in Latvia that have been founded since 2013, 13% are deeptech. While the number of deeptech companies in Latvia is growing, women in this sector have been and continue to be greatly underrepresented.

Some might say this reflects the overall situation in the local startup ecosystem. According to a 2019 report, only 14% of Latvian startup ecosystem employees are women, and even fewer – founders.

In the deeptech sector, the situation is even direr. Madara Kalnina-Kalnmale, CEO of deeptech startup Lightspace Technologies, believes that this gender imbalance is due to the fact that compared to men, women are less likely to choose to study and build a career in STEM.

“When I studied electronic engineering at university, there were three female students, and the rest of the 70 students were male. The same trend is also seen in the labor market. As an employer, we'd be happy to employ more female engineers, but the problem is that they're practically non-existent,” she shares.

At the same time, being a woman in deeptech is an advantage. “Being the sole woman in a room full of men helps you stand out,” Madara is certain. And being noticeable and memorable is an advantage in the startup world, where it can determine your chances of attracting investments or forming business partnerships.

Aija Pope, CEO at TERRAWASTE, agrees that overall it's easy to be a woman in deeptech in Latvia. “There are many opportunities to prove yourself and receive equal conditions and attitudes regardless of your gender,” she says, but adds – stereotypes still exist.

“I've faced disbelief from investors that a woman can develop a science-based company. It's a silly stereotype, but it still exists and can seriously hurt the company's development opportunities,” Aija shares.

Such stereotypes, along with the already low numbers of women in tech, translate into low amounts of capital invested in women-led companies. In 2021, only 5% of venture capital raised by European startups went to mixed teams (with men and women) and only 2% to all-women teams.

What can be done to turn the situation for the better and involve more women in deeptech? Aija stresses that it should start at schools and universities, where women are introduced to career opportunities in tech. This would assure women that it is as natural for them to choose such a career path as it is for men.

What also helps are different support programs, specifically focused on engaging women in tech. Some such active programs include:

-Riga Tech Girls is a mentorship program dedicated to educating and inspiring girls and women about technology. It provides learning opportunities for developing digital skills and a tight-knit community for supporting its alumni's first steps in the technology industry.

-Liepaja Tech Girls' goal is to educate and inspire women from Liepaja and its surroundings to be interested in the IT industry. It offers hands-on workshops and meetings to inform women about career opportunities in IT and break the stereotype that the industry has no place for women.

-She Goes Tech by Accenture offers IT training for women to increase their competitiveness in the job market. She Goes Tech starts with a Bootcamp, which is then followed by internships and an ongoing learning program that lasts for up to two years.

Various studies have shown that the gender imbalance in STEM begins at an early age, as early as age 6 – influencing girls' perception of their abilities in science and math. For that reason, it's incredibly important for society as a whole to change its approach in speaking to, teaching, and raising girls. That's why representation is equally important – for girls and women to see themselves in STEM roles. This factor is already making strides. As Aija shares:

“Lately, many women-in-deeptech movements and support programs have started that weren't available when I first started. Now that the soil for women in deeptech has definitely become much more fertile, the next step would be for women themselves to take the initiative and take advantage of the support that is out there.”